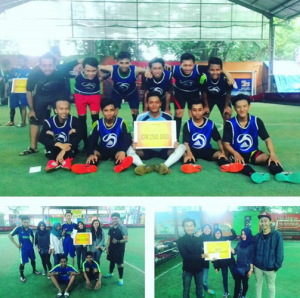 The last weekend of April felt so energetic if you watched matches that were held by Students Association of Department of English, Legato. The teams that played in the futsal game were all the students in Department of English. The teams must represent each program of each year. The games were ongoing so strenuously. The teams were asked to play fair and use no violence. Then, at the end of the day, ELL 2013 got the first winner and ELT 2014 in the second place. Not only about the games, the committee also prepared a special prize for the best supporter. And the best supporters were from ELL 2014.

Open Recruitment: We Welcome You to Join PKPT Squad